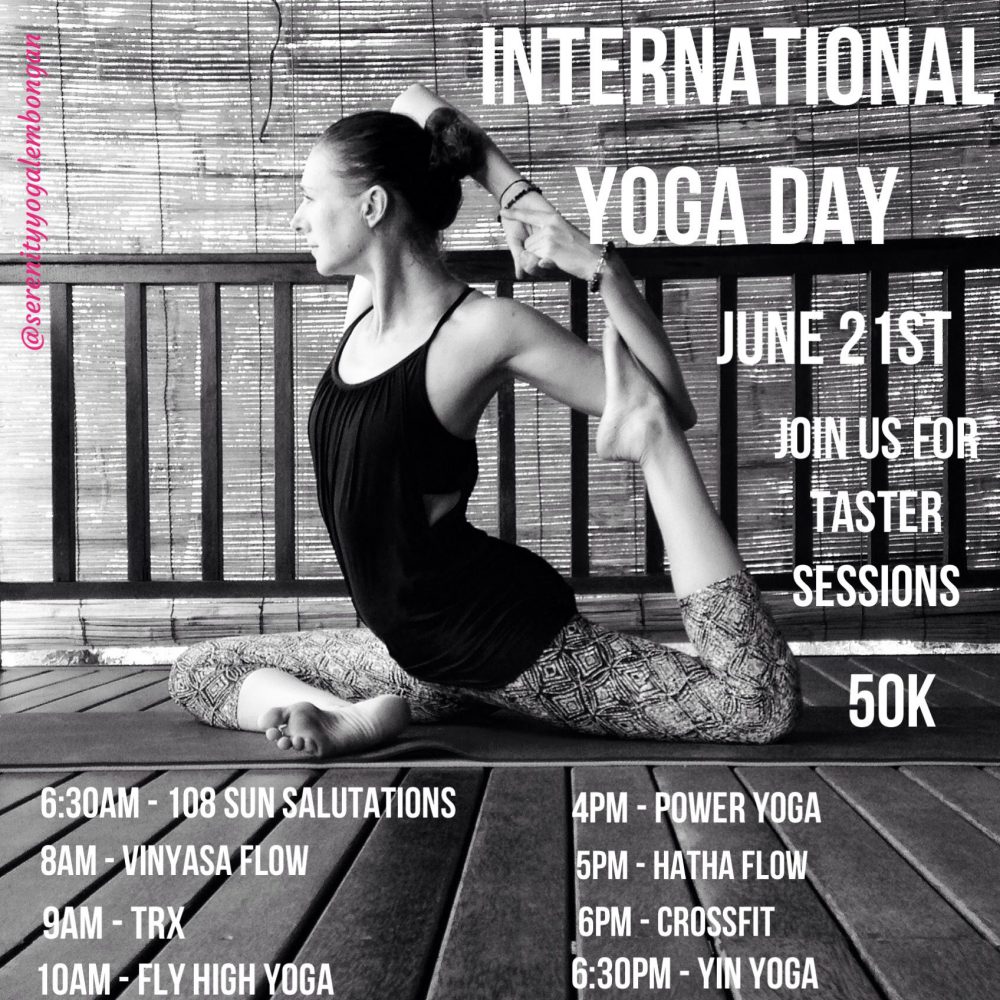 International Yoga Day is celebrated annually on June 21st and it was internationally recognized by the United Nations General Assembly on December 11, 2014.

Yoga is a physical, mental and spiritual practice of discipline that originated in India. The Indian Prime Minister suggested this date, as it is the longest day of the year in the Northern Hemisphere and shares special significance in many parts of the world.

The first International Day of Yoga was observed all across our fabulous world on June 21st, 2015!

We would like to invite our beautiful yogis and wannabe yogis to come and join us for a day of taster yoga and wellness sessions. You can enjoy 30-45 minute classes to see what style of yoga fits best with you!

We will have juices and healthy snacks available for purchase throughout the event, supplied by Bali Eco Deli.

We have included a snapshot of each of the yoga and fitness classes that are on offer at Serenity Yoga Lembongan currently!

There will be short sessions of the following sprinkled in amongst our normal schedule for the day:

What is 108 Sun Salutations?

We also invite people to join us in a moving meditation of 108 rounds of Sun Salutations at 6:30am.

The number 108’s significance is open to interpretation. But 108 has long been considered a sacred number in Hinduism and yoga. Traditionally, mala beads or prayer beads come as a string of 108 beads (plus one for the guru bead, around which the other 108 beads turn like the planets around the sun). A mala is used for counting as you repeat a mantra.

Well-known mathematicians of Vedic culture viewed 108 as a number of the wholeness of existence. This number also connects the Sun, Moon and Earth: the average distance of the Sun and the Moon to Earth is 108 times their respective diameters. Such examples have given rise to many examples of ritual significance.

Sorry, the comment form is closed at this time. 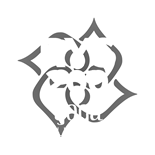 We are the first yoga school in Nusa Lembongan that is an RYS (Registered Yoga School) with the Yoga Alliance, the governing body of YTT Programs.

Caroline is an E-RYT 500, registered with Yoga Alliance.

She has been teaching and sharing yoga since 2011, as well as teaching YTT 200 Hour Programs since 2016, and currently teaches hundreds of public classes each year.

Over the course of her teaching experience, she has taught well over 4,000 hours of public and private classes, workshops and retreats, far exceeding the Yoga Alliance requirement of 2000 hours and 2 years experience to be able to be a Teacher on a YTT Program.

Thank you for spending some time on our web site

WE THINK YOU ARE FAB